This past weekend I was driven to drive down south to the small Village of Columbus, NM. Not much there, but it’s an area I’ve never been to. Also, it’s home to the famous Pancho Villa/Camp Furlong. Not a bad reason to go visit…if I ever needed a reason. But before I set off to Columbus, I made a detour down to El Paso to get a few door dings taken out by my Paintless Dent Removal (PDR) guy, Eric Strong of Dent Specialties. The dents were nothing major, but enough to bug me. Eric and his technicians are mobile, and he doesn’t have his own shop. However, he has connections with several garages across the city to borrow. This particular garage where I met him, was the exactly same place I was last time dents brought me to El Paso.

And this past weekend. Hard to notice the changes that happened from then to now. 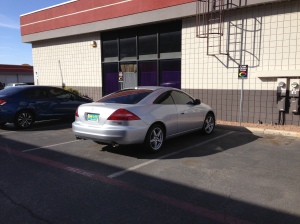 Eric said one of his technicians would arrive in one of their new Chevy HHRs. He said, “It’s hard to miss!” He was right!

When it was all said and done in under an hour, the passenger side looks mint again! 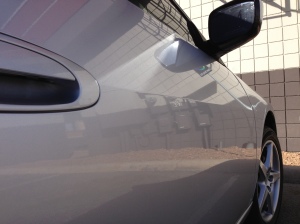 Here are a few shots of exploring around the residential areas on the eastside of town. 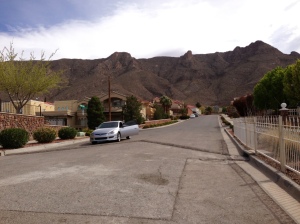 A view from the west slopes of the Franklin Mtns.

From El Paso, I headed west on Hwy 9 which straddles the Mexican boarder. For my journey home, I headed north to Deming, NM and then east on I-10. Overall the trip was just a hair over 200 miles. 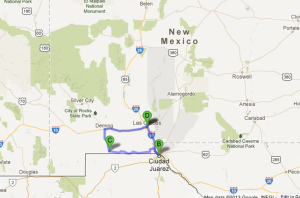 The drive was lonely, windy but at the same time, relaxing. About the only company on this 75+ miles stretch of road I had, were the numerous tumbleweeds and the few boarder patrol vehicles bouncing around in the desert near the highway.

Hard to tell here in this photo, but you can see in the distance the fence separating Mexico from New Mexico. 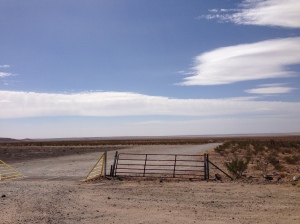 I found it interesting that there was this dirt road that ran parallel to the highway for the Boarder Patrol to…patrol.

Pretty much the first building you come to is the community museum. This was a great little place with random artifacts. 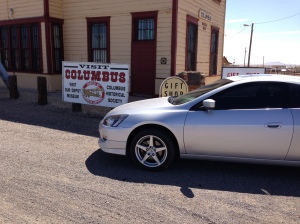 This old 1938 Rock Island Caboose was apparently an Era B-2 boxcar in 1915 and then converted by cutting out the center sliding doors section. Very few were made since they didn’t bring in revenue.

More vintage pieces surrounding the exterior of the building. 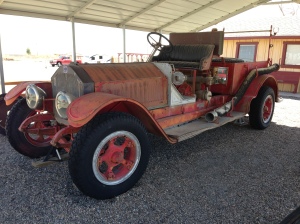 Unfortunately, no photography was allowed indoors. After this short stop, I headed over to the Pancho Villa State Park. Pancho Villa (Francisco Villa)  was known in this area for his 1916 raid. More on that here. Several buildings from this time remain. Some of these are the 1902 U.S. Customs House and the Camp Furlong headquarters building. Amazingly, these are still standing. For preservation purposes, you’ll see metal structures covering them. The museum was particularly impressive and clean. I’m not too much of a history buff, nor do I linger over every single artifact on display. I tend to skim the area to get the “gist” of it…and then get behind the wheel again. 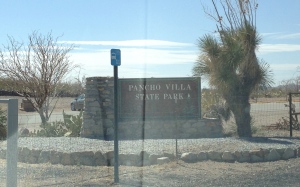 Here, a 1915 Dodge Touring Car which still had the bullet holes from Villa’s Raid! 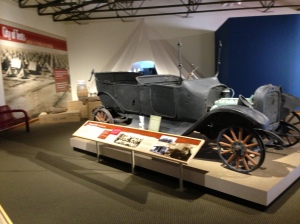 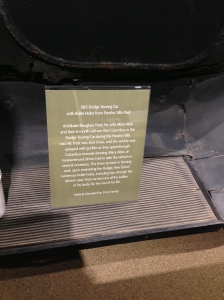 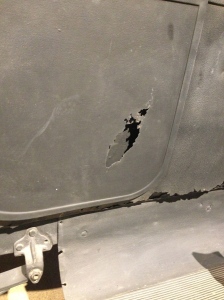 This Touring Car looks like it had a much easier life.

These displays were really well presented in the museum. In addition to these center pieces, there were cases full of old weapons and tools used of the time. 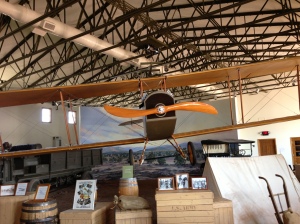 After I was finished grazing the museum, I braved the wind and went outside to see the actual park.

It’s quite small and a good portion of it was for camping. This is one of many trails which lead up to the hill top where you can have a full 360˚ view of the park. It’s a beautiful trail surrounded by cacti, igneous rock and creosote brush.

The view from the park. 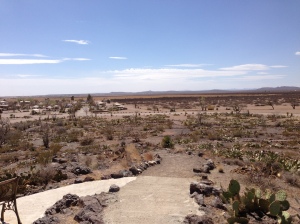 Here, I was astonished to learn that I was viewing the 1st Military Airbase!

That airbase is across the road in this shot. 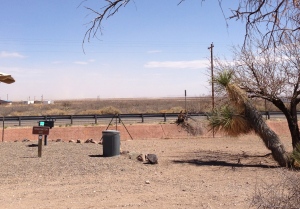 More “firsts!” This, apparently, is the first grease rack installed by the U.S. Army to service vehicles. Yes, if my car would clear the rails, I’d be tempted to drive up on it. 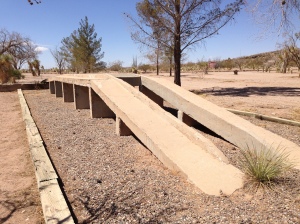 Here are a few of the original buildings still standing. Won’t win any architectural awards, but they do seem like they were quite sturdy in the day. 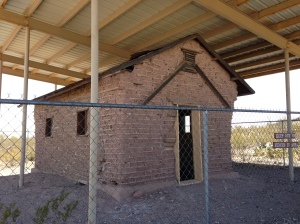 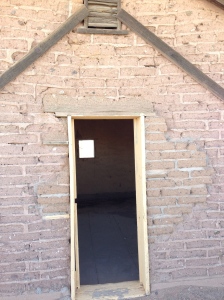 Dusty? Yes. Did I care? Not at all. As long as the roads are decently graded.

After I viewed all I could, I left the park feeling fulfilled. I set off north to Deming and then on home. The last stop I made was at Akela Flats, NM to capture a very strange gas station/gift shop with faux western building facades (painted plywood). This is about 30-40miles west of Las Cruces. 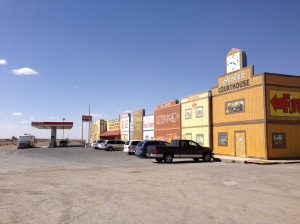 Also, this location is the nearest racetrack to the Las Cruces area, Arroyo Seco Raceway. It’s not a bad sized course of 1.4 miles and it includes a drag strip. I wasn’t able to grab a picture of the track, but here’s an idea of the layout. Looks like fun, and I always say one of these days I’ll go and be a spectator.

Here’s a series of drag videos. The matte green Camero you see here was actually my neighbor when I first moved in. Every time he would start up the Camero, it was so loud, the walls would vibrate! He makes awesome vinyl graphics for cars. More info here.

Hope you all had a great weekend! Stay tuned as later on this week I’ll be sharing my latest mod. Hint: text.