Get out your binoculars, spacesuits and camera ready, we’re heading to eastern New Mexico to the town of Roswell. The trip distance/time was 450 miles/8.5 hours (not including stops).

Roswell, NM sits in the southeastern quarter of the state and the population was rated at a little over 48,000 according to the 2010 census. It’s most commonly known for the 1947 UFO incident where a UFO allegedly crashed several miles from the town. The incident was covered by the Roswell Army Air Field. There has been much controversy whether this actually happened or not, but Roswell has ever since used this as it’s major tourist attraction. Not many people, even in New Mexico, know that Roswell is actually more important than just the UFO crash site.  It is the state’s center for irrigation farming, dairying, ranching, manufacturing, distribution and petroleum. Also, it is the location for the  New Mexico Military Institute (NMMI). Having being there 13 years ago, I was overdue a visit.

On the road again! Such a good feeling after weeks of (what seemed like) nonstop hours in the office. Here, I’m heading east on Hwy 70 towards Alamogordo. From there, I’d head north to Ruidoso where I’d drive NM 532…the Ski Run Road.

At the summit of the Organ Mountains, I pulled over to take a few photos and enjoy the scenery that has been greatly enhanced by our generous monsoon season.

Here’s the Accord parked by the Nike Missile. This 41ft tall missile was part of a Cold War, anti-aircraft defense system designed to protect American cities. This missile overlooks the valley down to White Sands Missile Range which is used for tests and many other classified military activities. Living in Las Cruces for nearly 8 years now, I’ve gotten used to having a missile range 10 miles east from my front door. 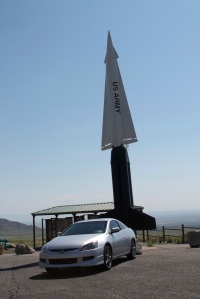 In this same area, you can enjoy the views from the back of the Organ Mountains which line the east side of Las Cruces.

As you travel north from Alamogordo NM, you pass by several unusual (if somewhat eccentric) attractions.  At McGinn’s Pistachio Tree Ranch, we have the world’s largest Pistachio Nut at 30ft tall. It is known to have 35 gallons of paint covering 5 yards of concrete! 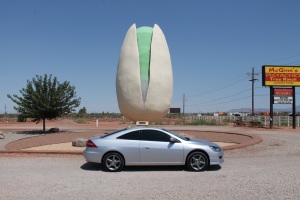 Here is a random building off the highway with New Mexico license plates cleverly arranged into the official New Mexico Zia symbol. Love it! 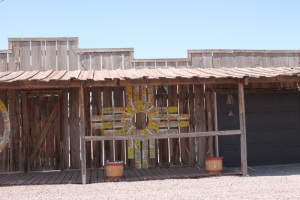 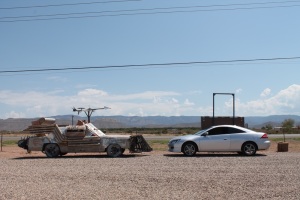 At another Pistachio Ranch—Eagle Ranch Pistachio Groves—I spotted this nearly-pristine 1928 International One Ton Truck. It was just begging for a photo-shoot.

Upon closer inspection, there was a sign leaning against the front explaining something that would spark some interest in any car guy. This was the very truck the owner learned to drive on when he was 7 years old. The car I leaned to drive on is undoubtedly long gone.

As I continued up Hwy 70 towards Ruidoso, the pines started to emerge. 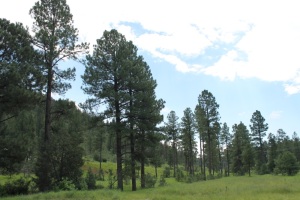 About 9 miles north of Ruidoso is a sharp turn off to County Road 532 (Ski Run Road) towards Ski Apache. This is a ski resort in the Sierra Blanca mountains with a 11,900 ft summit.

The county road leading up to the top was well weathered with disintegrating shoulders. However, it was fun to drive and had some curves that were actually a bit challenging like when I went to Mt. Evans. 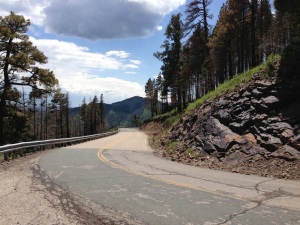 Sadly, many charred trees were speckled across the landscape. These victims of recent forest fires where hard to look past. 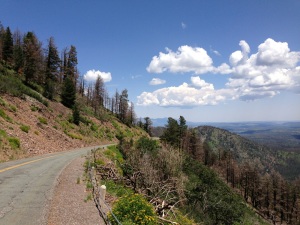 When I approached the summit, the views were breathtaking. 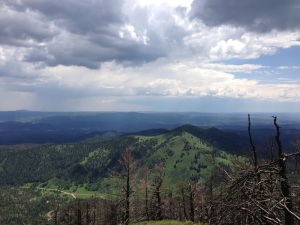 It’s a pretty good feeling when you’re almost eye-level with the clouds.

Some of the more maintained curves have been redesigned by the engineering company I work for. This is one of many photos I took to use in some marketing material I’ve been working on. 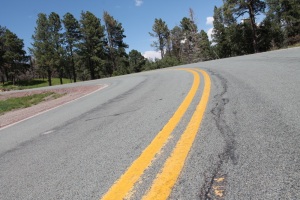 Here’s how it turned out.

The Accord climbed the road with ease and satisfyingly smothered the ruts and gritty surfaces. I am thinking about upgrading the anti-roll bars here soon though. Even though I’m not the type of person to push a car to the limits of tire adhesion, the body leans a bit more in the corners than I’d like and I’ve concluded that I will seek some upgrades here soon. Many people in the Accord community have had great results with just swapping the stock bars out with ones from the 2007-2008 Acura TL Type-S. Stay tuned for those upgrades!

This mountain range is one of few in New Mexico where you can find aspen trees. 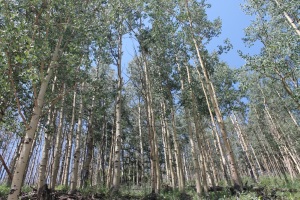 The Resort has 9 lifts, 1 gondola lift, 3 Quad Chairlifts, and 4 triple chairlifts. Some runs here are known to be the most difficult beginner runs in the world.

Photo courtesy of Google, this is how it looks in the winter.

I wasn’t hungry at the time, otherwise I would have stopped for some grub at the restaurant. After looking around a bit, it was time to head back down now. Here’s one last pullout before descending to the bottom. 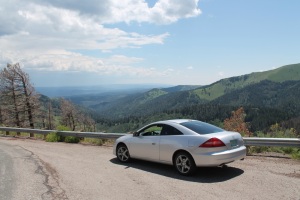 From Ruidoso, I took Hwy 70 east directly to Roswell. The trees started to thin out as I dropped in elevation.

And then I saw the mighty plains of eastern New Mexico. 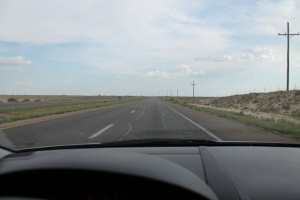 And finally, I arrived in Roswell! Stay tuned for more as I conclude this trip! 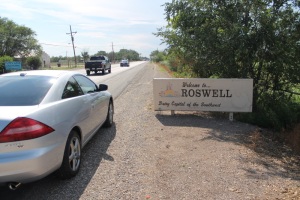 2 thoughts on “Ski Apache and Roswell, NM Part I”