Thanksgiving Drive to California – Returning back to Las Cruces

It’s Black Friday and I’m to start my trip back to New Mexico! Normally, I don’t engage in the shopping rush, but for some reason this day, I felt left out. I had a great breakfast with my Grandpa and Delia and then we parted ways. He and Delia stayed in California for a few extra days while I needed to get back for work.

I headed south on I-5 toward Bakersfield. The roads were extremely quiet for this time of day. Guess everyone was either at home recuperating from overindulgence or in the stores “saving” money. Either way, I virtually had the road to myself.

Gas prices certainly were much better compared to what they had been in the summer, (over 4.59/gal!) but if I lived here, I would have to really tone down the driving. 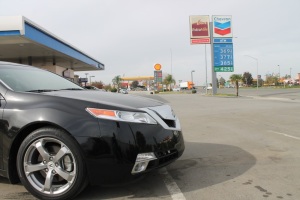 Here I am going through Bakersfield.

Hwy 58 through Bakersfield was also quiet. It’s sad to see that many areas of California are starting to show the state’s low funding. Many shrubs and trees along the roadside are dead or in need of care. The general highway infrastructure is becoming a little run down too. 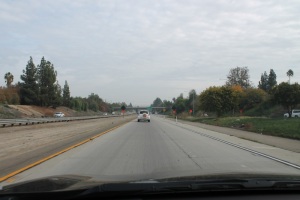 Here I start heading up the mountain towards Tehachapi Pass. 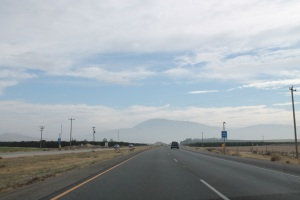 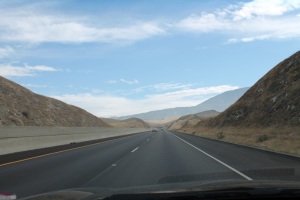 I turned off the highway to drive a section of the Tehachapi Loop. This small scenic loop dates back to 1876 and was built originally to accompany the Southern Pacific railway down from the Mojave plateau to the San Joaquin Valley. There isn’t much there now except for a few farms. Made for some great fun behind the wheel, and I was able to enjoy the golden rolling hills California is known for.

The TL surprised me with its grip and stability in the corners. Despite having a curb weight of nearly 4,000lbs, the chassis and light steering worked very well with the AWD system to give sense of security and make the whole car feel much lighter than the specs would suggest. 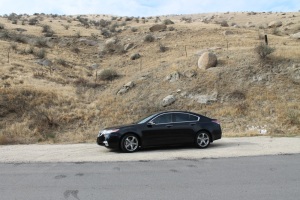 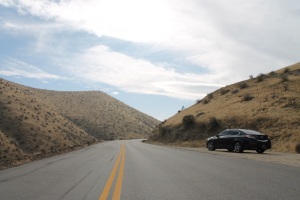 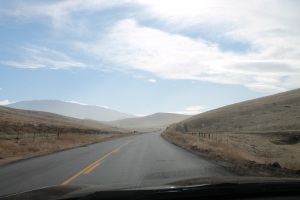 Pretty soon the road narrowed enough to where there weren’t any lines. 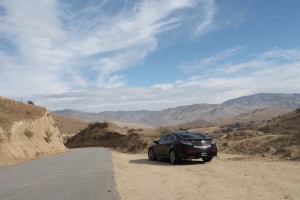 Around this area, it is very common to spot these cool railroad tunnels piercing through the middle of the Tehachapi Mountain Range.

Seeing these beehives put me in the mood for some honey!

I stopped here to get out and enjoy some of the leftover fall colors before the winter temps take them away. 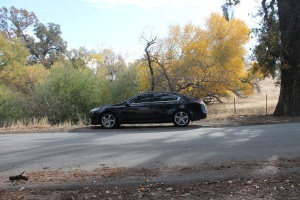 Here is the official spot where my cover photo was taken. I thought this best illustrated the kind of country the TL was made for. 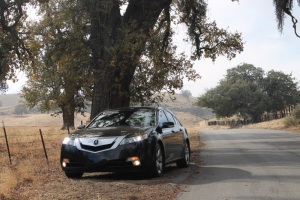 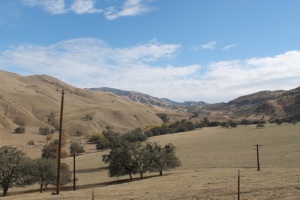 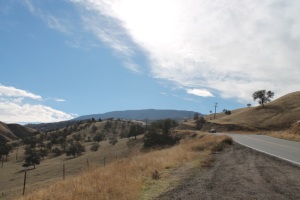 After playing around in the hills for a bit, I set up the TL’s built-in GPS to take me straight towards Barstow, CA, where I’d get lunch. However, it got me lost! Either it’s useless in this area or I made a mistake programming in the destination. I don’t think I was supposed to “continue on this road for 42miles!”

After I got back on track, I thought I’d try and see if I could take a peek at the Hyundai Proving Ground in California City, CA. It was on my way anyway. To my surprise, it was right off the highway! I was in high hopes that I could see some cool prototypes or at least a glimpse of the track.

However, further down the driveway I was instructed not to enter.

So here’s the best I could do with GoogleEarth: 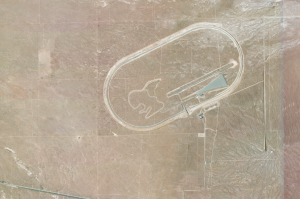 Most of day’s drive was through the hottest desert in North America – Mojave Desert. Thankfully, I came through at the right time of year when the temperatures are as mild as those in Las Cruces. There isn’t much here. Literally.

That day I made it to Kingman, AZ, where I spent the night to recuperate. The following day, I drove through a small town of Ashfork, AZ. If you have large flagstone pavers in your yard or know of anyone who has them, chances are they came from this place…”The Flagstone Capital of the World.” 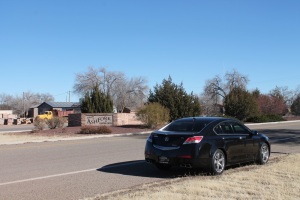 Almost seems like endless piles of ‘stones were lining the road waiting to be shipped off. 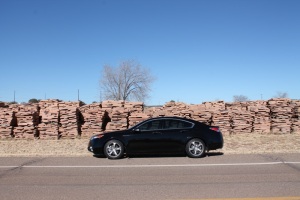 There are so many neat things to photograph on the old Route 66. Here’s an old barber shop called DeSoto’s Salon. Sadly, it’s closed now.

After Ashfork, I hopped on Hwy 89 south towards Prescott. 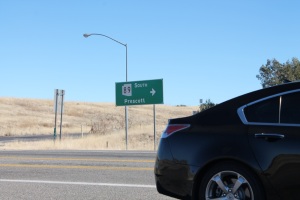 I took a bit of a detour after Prescott. I decided to take the TL up to Jerome to see how she handled the curves. I came here earlier in the year with my friend Tyson on an Arizona drive.

On the northern slopes of the mountains, there still was some snow lurking.

Here’s a view from the eastern side of Jerome. The little mining town was crawling with tourists, and I was unable to find any parking to get some good photos.

The TL drove over the curvy Hwy 89 very well and I’d say it’s probably the best handing car I’ve owned to date. However, I still have a few more back roads to drive before I can make a solid conclusion about the dynamics.

When I got to Phoenix, I met briefly with my friend Tyson and Paul at In-N-Out Burger. Tyson was traveling back from Utah and he just happened to enter Phoenix the same time I did. 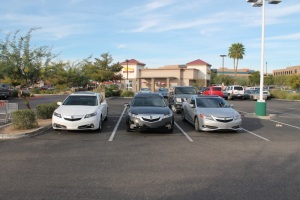 As always, we needed to line up our Acuras for some pix!

From there, I pretty much drove straight through to home. I hit 28,000 miles right before getting into the Las Cruces city limits!

It was quite a day and a great trip. A big thanks to all who followed me on this. Until next time… 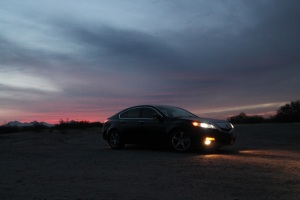