Greetings! I’m sending out just a quick recap of what’s been happening…

Day 3 and we are out of the States. It was a long drive filled with rain, rain and more rain. We started off early from Butte, MT and drove I-15 meandering through some really grand scenery. From there, the terrain flattened, and the remainder of the day was filled with lush green plains. Tyson and I stopped for gas one last time in Conrad, MT before crossing into Canada. Oh, yes…we are in Canada now! After asking me a few pertinent questions and analyzing my passport, the jaunt across the border was a breeze. Not much changes in the infrastructure except for getting familiar with that old metric system they told us about in middle school. A typical speed limit of 110k/m meant we did have to slow down a bit from the 80(ish)mph we’ve been used to the last few days.

Another one of Tyson’s friends generously hosted in Edmonton, Alberta where we spent the night. Now, the Alaska highway awaits! I’ll be back with details. Now, for the pictures:

Consulting the MilePost guide prior to hopping on the road.

Throughout the day, this was about as warm as it got. 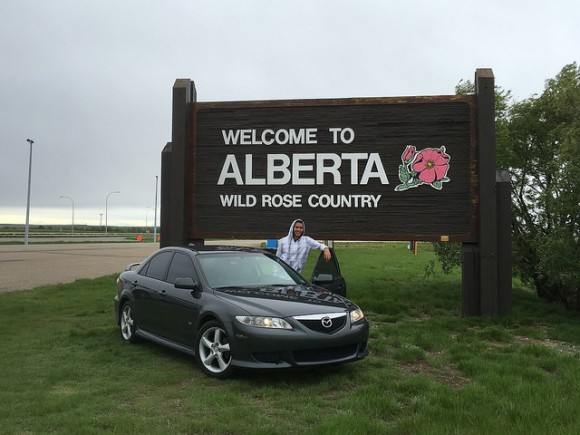 Fueling up and trying to figure out those liters-gallons conversion.

To pass the time, Tyson and I played a game…who has the loudest car? 80mph on gritty asphalt and strong head winds are sure to bump up the cabin noise. We downloaded this decibel app and measured. My 6 was a solid 94dB where Tyson’s ILX was a much more hushed 73dB! I blame my worn Continental tires and weaker door seals for the major difference. 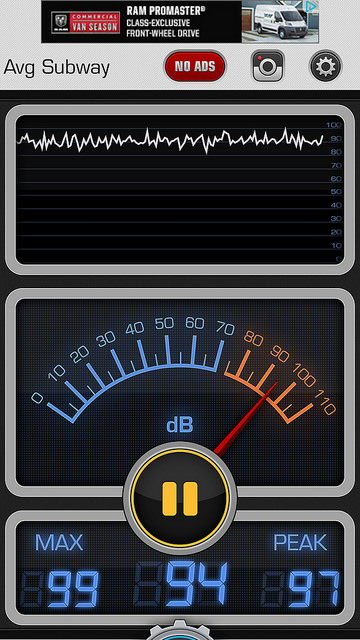 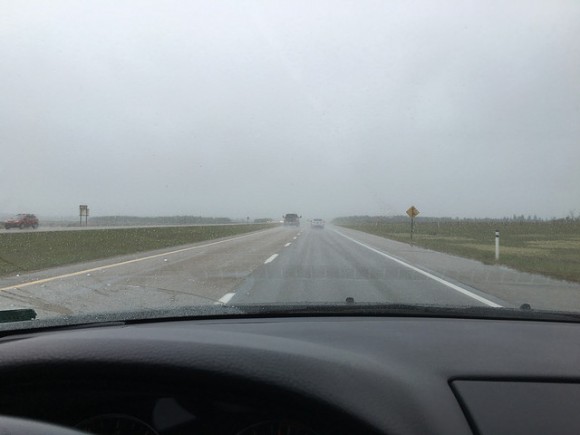