Welcome to our last full day in British Columbia. We moved away from the mountain ranges to more hilly countryside with lush fields of green and rivers. Very pretty all around especially since we had sunshine and blue skies nearly all day. The roads felt familiar as we had nice wide shoulders and smooth pavement all the way. No more frost heaves! Tonight we are in Cache Creek, BC which is not terribly far from the border. This is going to be a really short and simple post as we didn’t stop that much along the way. Here’s a quick summary with photos:

We left our motel in New Hazelton, BC early enough that I had a heck of a time seeing out my bug-splattered windshield. I couldn’t wait for the next stop to get that taken care of. Tyson noticed that the nightly rain showers had taken some of my precious Alaskan mud away…NOOO!!!!! Tyson and I had hoped to preserve the amount of filth on our cars to bring back home as a sort of trophy.

Quick stop at Houston, BC to observe the World’s Largest Fly Rod! 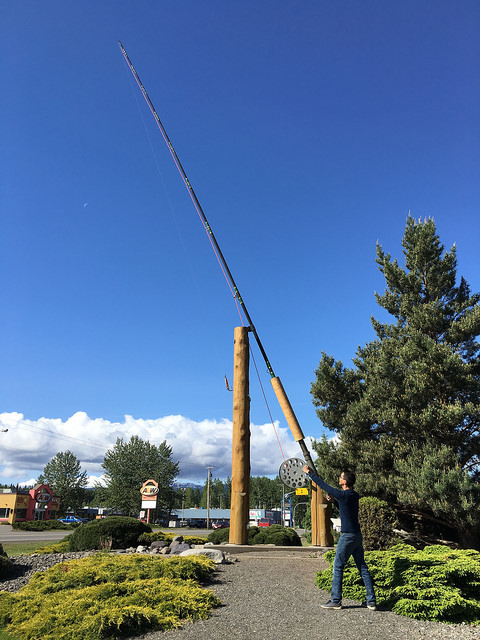 Since neither of us bothered with breakfast today, lunch came sooner than later in Vanderhoof, BC. We chose J & S Restaurant for a local taste.

I had the salad bar and Tyson and I tried a new dish to us…poutine. It’s nothing more than fries with gravy and cheese, but it was dang good! I could definitely get used to this in the States! 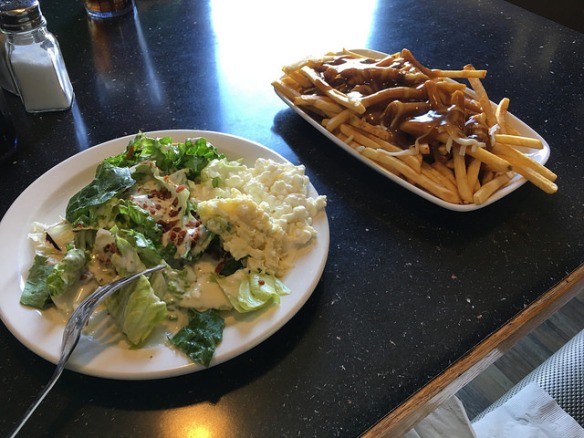 We connected with Hwy 97 south in Prince George, BC. Pretty little town here, and I tried by best to capture the scene as you descend from the hill.

Gas stop in Quesnel, BC at the Super Save Gas. 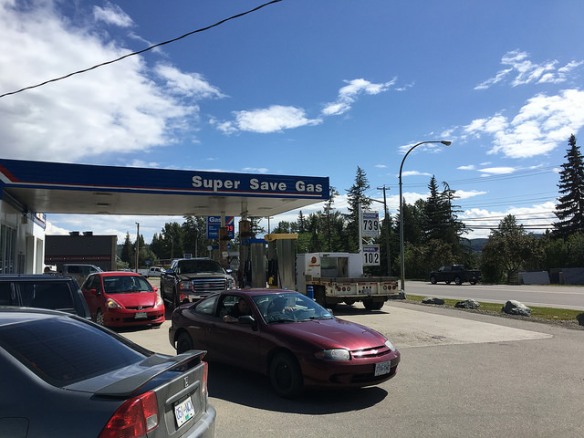 We pulled up and were pleasantly surprised to find it was a full service station…just like what you get in Oregon and New Jersey! Here’s my windshield getting a full service with a smile.

Much of the views we had today.

Tomorrow, we shall be in Seattle, WA…back in the lower 48! Thanks for coming along…