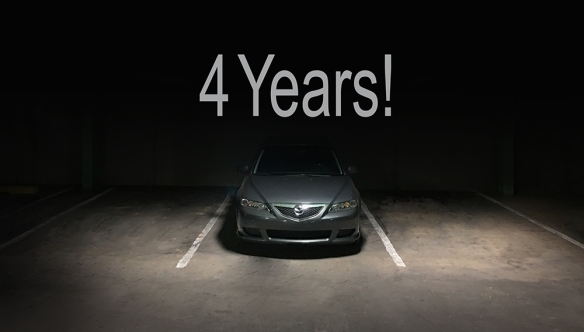 Greetings! With all the Christmas rush going on, I haven’t been able to crank out a decent post. Playing catch-up, here’s what’s been going on for the past few months:

November 7th, 2018 marks the fourth year with the 6 S. As I’ve mentioned in the three year post, this hasn’t been a cheap car to keep on the road. Luckily, the past year hasn’t been as bad. The only unscheduled repair was replacing a few broken wheel studs from being over tightened. The rest were regular maintenance and visual mods.

Total cost from November, 2017 to November, 2018 (minus fuel) was $1,627.74. This past fall, I’ve gotten my act together and started entering all my service receipts into a spreadsheet to track costs. To put things into perspective, here are a few stats from day one:

My plans for the car are undetermined at this point. When I discovered how expensive this had become per mile, I decided to pull the S from daily duties. However, I’ve slowly gotten back into old habits and the miles are still climbing. As of today, I’m sitting at 260,500 miles. She’s running suspiciously good, so I think I’ll continue on.

I took a much needed adventure with my buddy Tyson (drivetofive) and James Lee (sixspeedblog) to southwest Arizona. It was a bit of a drive as I planned to do it in one day. A total of 920 miles!

One of the more interesting parts of this trip was meeting up in a small unincorporated community called, Why, AZ.

It got its name from State Routes 85 and 86 originally intersecting in a “Y” intersection. Now, for safety reasons, that intersection was realigned to more of a “T”. So, “Why” did we travel to this desolate part of the state? To see the Organ Pipe Cactus National Monument! 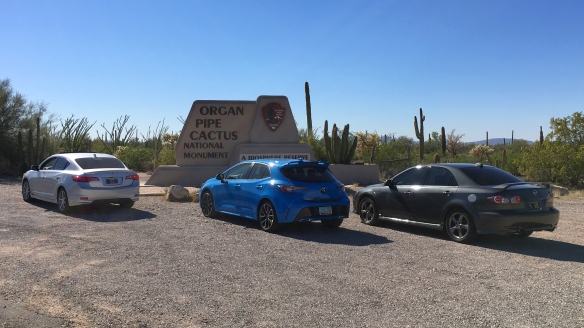 Nestled in the Yuma Desert along the Mexico border, the monument is 517 square miles of blissful preserved desert land with natural growing organ pipe cacti along with many other species. The park included an unpaved, rugged 21 mile loop trail called the Ajo Mountain Trail which we obviously had to take. The trail greeted us with some gorgeous panoramic views of the park in addition to enough dust to clog anyone’s air filters. Completely worth it though! 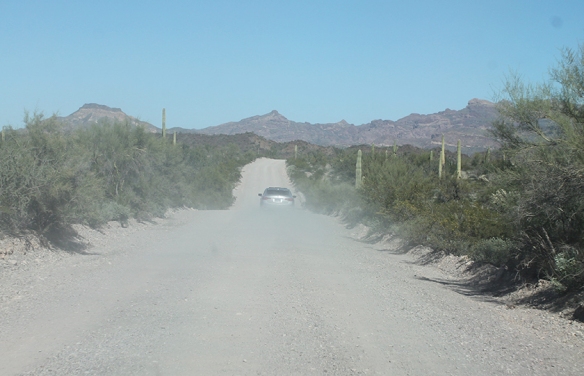 There were short sections of smooth paved road that mercifully gave our shocks and butts a little rest. 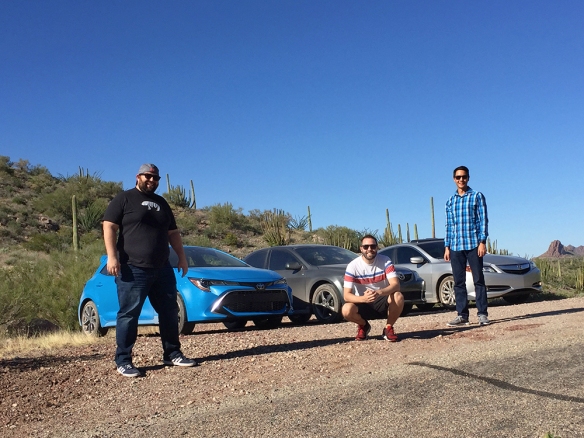 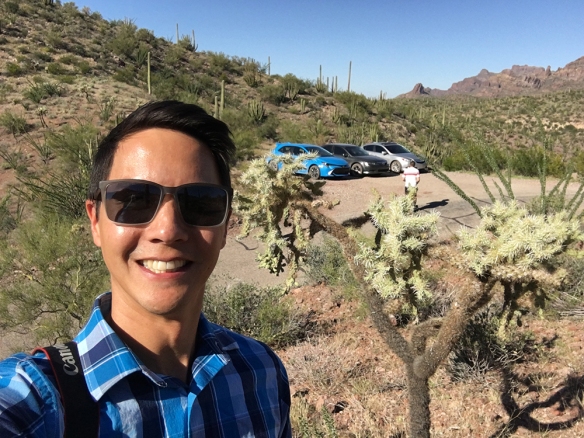 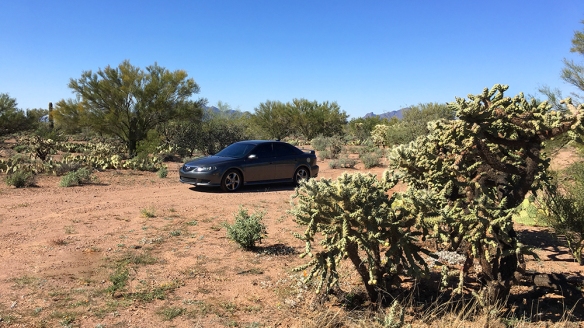 Any Breaking Bad fans here? The AMC crime drama show, which filmed here in New Mexico (mostly Albuquerque), is one of my all time favorites. Rumor has it, they are currently filming a movie which is supposed to be a Breaking Bad successor story. I took the time one weekend scouting out some of the popular locations and seeing how they look today. 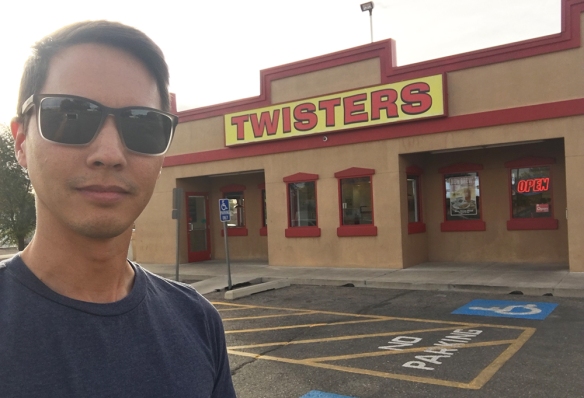 I’ll try to be back with more locations in a future post. Cheers!

6 thoughts on “4yr Anniversary and Other News”