Either I’m growing up or I’ve completely lost my marbles. Yes, you read that title correct: I’ve added another car to the fleet which will be slowly taking over the daily driving duties. Welcome to my 2014 Lexus IS 350 F-Sport RWD in Obsidian.

When it comes to cars, I tend to get caught up in my own little world and forget to tell friends and family what I’m up to. Showing up with this Lexus certainly caught a lot of people by surprise. More shocking, I’ve surrendered to the two-pedal lifestyle?! As Lexus no longer offers a manual transmission option on their IS, automatic was my only way to go. But why Lexus?

My search criteria for a replacement daily was simple: V6, premium, Japanese, that wasn’t Infiniti. That left Acura and Lexus. While I adored my Acura TL 6spd I briefly owned, the J37 V6 was a little too troublesome to get into again. It consumed oil almost as badly as my Mazda, and it had an insistent pinging issue which seems to plague many Acuras of this era if you live in a region with dry heat. I would love a TLX A-spec, but that is far from my budget. I then turned to the 2nd generation Lexus IS 250 6spd, the last generation a manual transmission was offered. One I was able to sample felt slower than any of my other cars and the transmission felt sloppy. No bueno. I did like everything else about it though. Long story short, I decided the 3rd generation IS 350 was the one to hunt for. I wanted one in Obsidian black, rear wheel drive, Mark Levinson sound, navigation and in budget. Months of casually searching the web within a 2,000 mile radius returned nothing. Despite being a fairly popular seller, I was surprised that these were quite hard to find compared to the more affordable IS 250.

With some patience though, one popped up in San Antonio, TX which fit the bill nicely. It was at an independent used car dealer which was very accommodating in performing the transaction over the phone.

To take delivery, I booked a Southwest one-way flight to San Antonio on Friday, August 23rd, 2019. Flying always gives me the heebee-geebees, but this turned out the be the most economical and efficient way of getting there to sign the papers. Here I am arriving at the airport at 4:30am. No lines!

Arrived in San Antonio in just over an hour. Driving would have been nearly 9hrs! 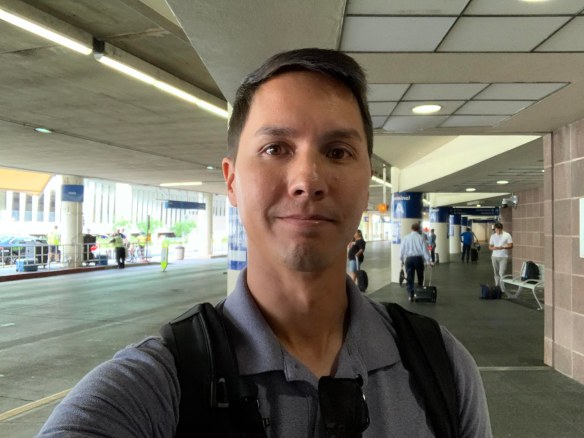 I took an Uber to the dealer where they were expecting me. Mike, the owner, pulled the Lexus out from the back for my inspection and also handed me the keys to take for a solo test drive.

This car was by no means perfect. Headlights were oxidized, paint was in need of correction and treatment, steering wheel leather torn, but the rest of the car was sound. Worked out for me since I didn’t want a pristine example where I’d be afraid to drive it. All of these little details are easily fixed and gave me haggling power. What I really liked was this was a one-owner example, always serviced by a Lexus dealer and the miles were mostly highway.

The rest of the exterior was clean. 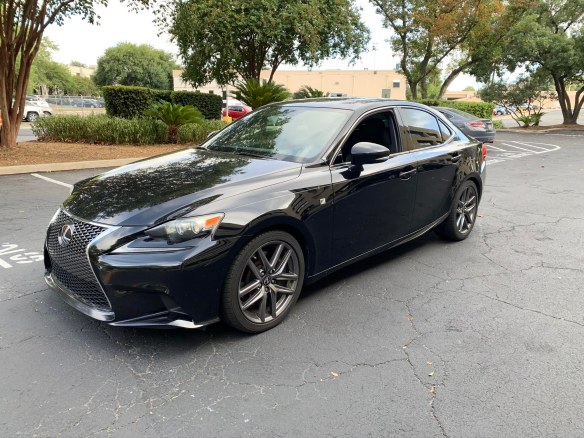 Mileage was just under 100,000, but you couldn’t tell from the solidity and smoothness. I decided it was a keeper so I headed back to sign the final papers. Here’s the official key hand off.

Beginning mileage of my ownership:

My first order of business was calling up the nearby Lexus Dominion dealer to see if they could get me in for an oil change. I had no idea what kind of oil was in this thing, so I rather have peace of mind on the long drive home. Luckily, I was able to get an appointment. On my way, I had to snap a pic of the San Antonio’s postage stamp mural

Arriving at North Park Lexus at Dominion. The Dominion is a northwest suburb of San Antonio where this car had been serviced since day one. 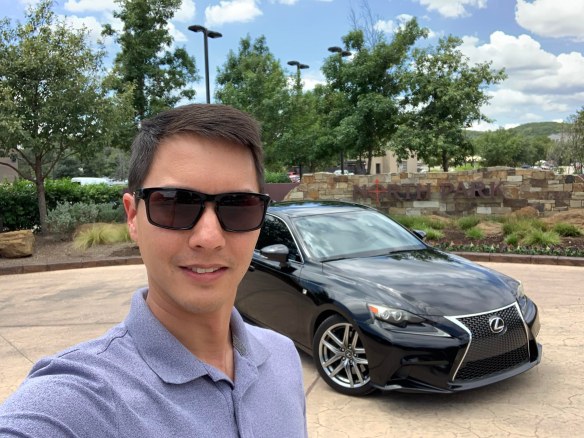 Pulling into the service bay.

This dealer was pretty snazzy with a free Starbucks bar, special Lexus café and they even had a resident masseuse! 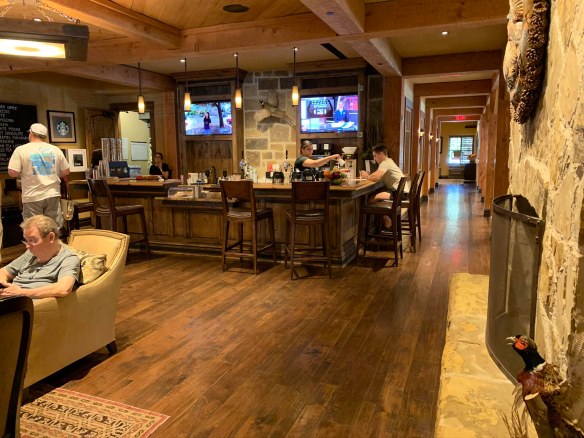 A loaner Lexus NX was offered to me while they performed their services, so I took the opportunity to grab lunch.

After getting fresh oil and a clean bill of health, I headed towards home on I-10. 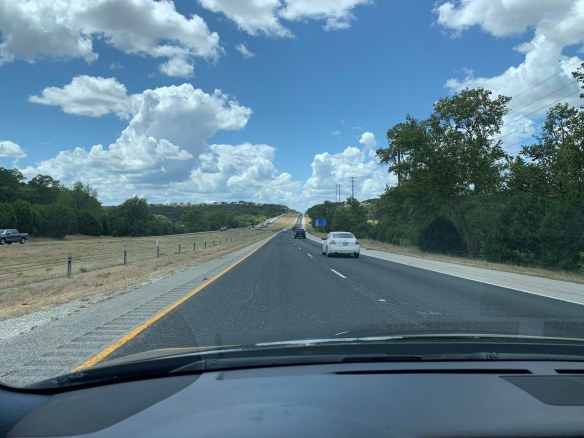 I always enjoy the adventure of buying a car far from home and driving back while learning about the features and quirks. After spending 4+ years in early 2000-era cars, it was nice to have some modern amenities. 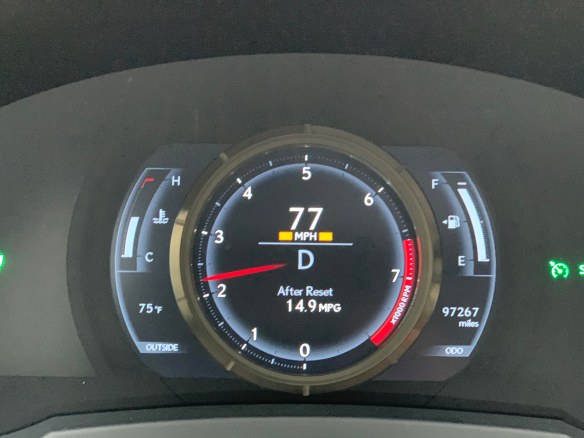 Bluetooth audio, navigation, smart key access were all missed from my TL. It was sure nice to have those again. 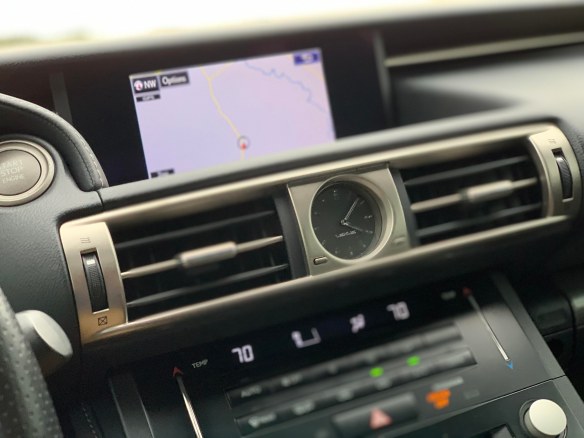 Some west Texas landscape. Lots of rain greeted me which in turn, got the Obsidian black paint nice and dirty. 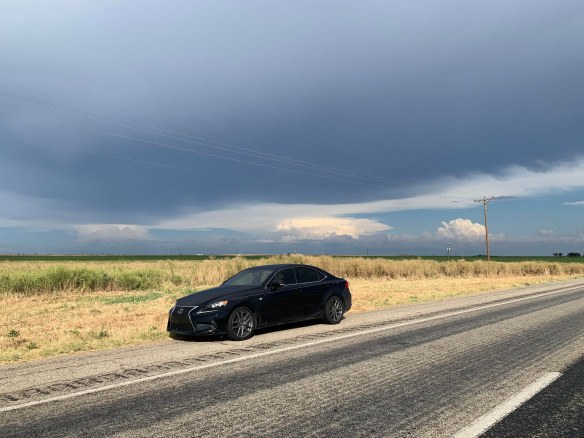 The Lexus provided a graceful, yet firm ride and very comfortable seats. I’m already envisioning some enjoyable long road trips in this thing.

Arriving in New Mexico for the first time…at least in my hands. 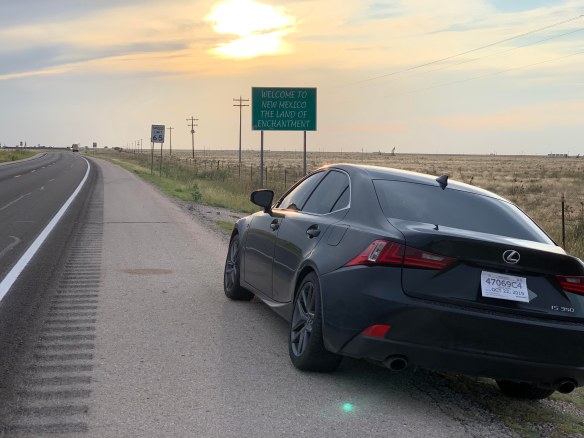 I opted to not take the direct route home so I could test some back roads around Carlsbad and Roswell, NM.

I grabbed a Roswell hotel room for the night.

The next day, I took my time getting home by thoroughly enjoying central New Mexico landscape. 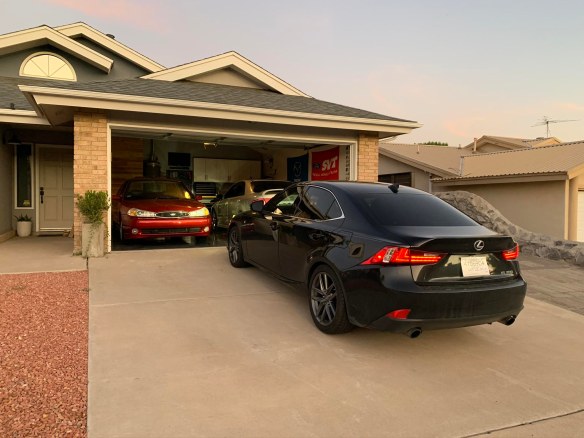 I promptly took care of a few cosmetic details that were bugging me.

Some nasty swirls I’ll take care of in the future months with a good detail.

The biggest eyesore to me were these oxidized headlights. I went ahead and did a few passes of compound to get them more presentable. 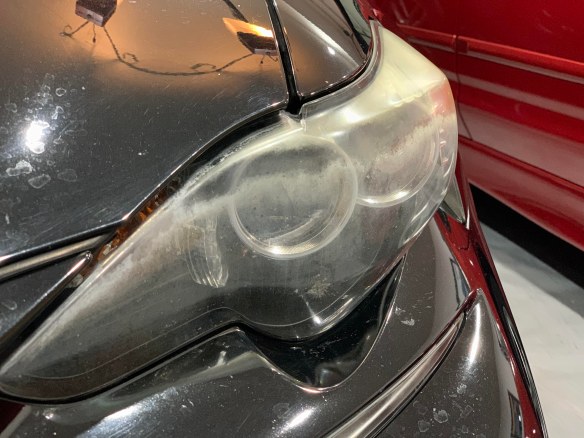 I’m also not a fan of pin striping, so that had to go as well. This stuff was a challenge to get off as it was painted on rather than your typical vinyl application. A little wet sanding was needed in some areas, but eventually I got it all off. 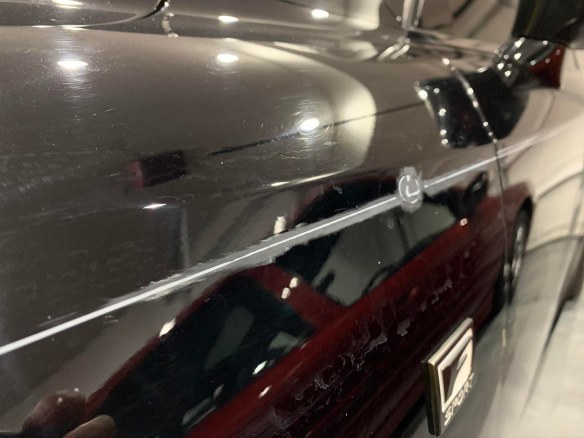 While I had the Lexus in the garage, I took some time to sit and learn the features and infotainment interface that I couldn’t do while driving. I was surprised to find that this can play DVDs as long as you’re parked. 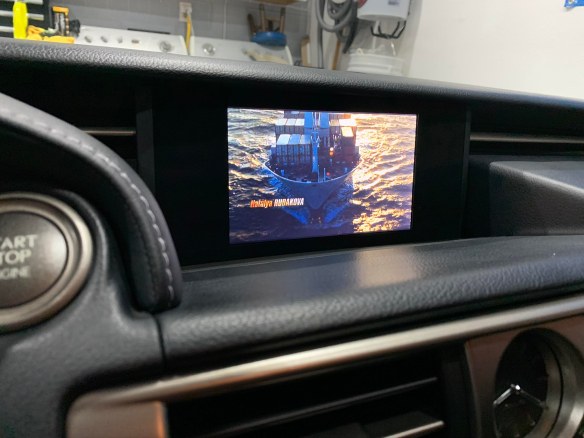 The next detail was to replace the worn steering wheel. Rather than attempting to repair it, I figured it was best to swap in a factory wheel in better condition.

I was able to purchase a clean one from a really cool YouTuber, Jason Nguyen.

Here’s the complete video of him upgrading to his carbon fiber wheel.

Following his process of removing the wheel was actually much easier than I thought…though still nerve-racking. 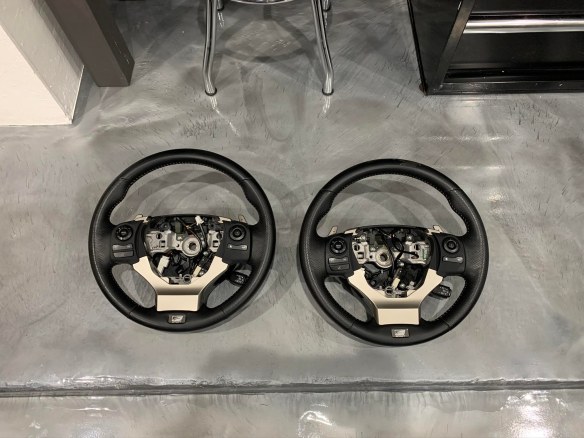 His original wheel installed and fully functional. Made a huge improvement to the interior!

Now, cleaning up those nasty exhaust tips which probably weren’t touched since the car was new. I had to bring out the sandpaper again to get the grime off.

That completes the updates for now. Here’s to many new adventures in the Lexus!