A New Year and Drive to Marfa, TX

While we all get back in the swing of things after the holidays, I needed to sit down and reflect a little on 2017. It’s been a good year.

To finish off 2017, I wanted to get out on the road for day’s adventure. When looking at the map and general radius around Las Cruces, I didn’t see anything that appealed to me. Lots of, “been there, done that.” So, I looked a little further and my eye kept going to west Texas. There isn’t much to west Texas aside from El Paso and a few odd attractions such as Prada Marfa along Highway 90 (about 40 miles north of Marfa, TX). If I went there, that would be about a 500 mile journey all together just to take a few photos and the only car I had available to me was the grey “S” which has a broken clutch pedal assembly and misbehaving radiator fan (the “i” was currently getting some general maintenance items addressed). There would be long stretches of road where cell reception would be spotty at best. It would be stupid to go that far in a day. So, I went.

I’m generally not one to make a big deal out of art nor am I interested in fashion. I’m sure that’s evident from photos you’ve seen of me on here. I do like sculptures and any sort of installations that make you tilt your head in curiosity. Therefore, Prada Marfa fit the bill for me. It is considered a sculpture by artists Elmgreen and Dragset and it’s been around since 2005. Designed to resemble a miniature Prada store, there are actual Prada merchandise displayed through the large glass windows. Prada allowed Elmgreen and Dragset to use the Prada trademark for this work.

There were a few struggles. I couldn’t find any information on land usage, but TxDOT first assumed this to be like a bill board and deemed it illegal as it didn’t fit permit regulations. After much coordination and bickering, it is now reclassified as a museum/exhibit and this exempts the structure from any signage laws.

Let’s get going! Here leaving from Las Cruces at exactly 9:42am.

I set out for the 10 hour drive where I knew I was getting myself into some long, dull freeway driving on I-10. Here’s the Texas state line.

To cope with the endless freeway, I streamed some Podcasts on my phone, turned on the seat heaters, set the cruise and settled in for the long haul. 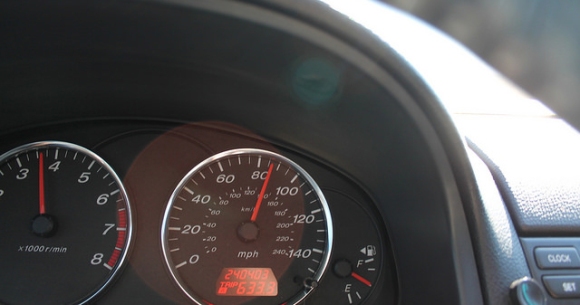 Getting to Van Horn, TX. This is where you turn off on Highway 90 south to Marfa. I was surprised that even on a narrow two-lane road, the speed limit was 75mph. Thank you, Texas!

I had no idea where Prada Marfa would be along this route. I just let the miles go by until I stumbled upon it. 36 steady miles later, I found it. It wasn’t hard to miss a big box sticking up in the middle of the flat, grassy plains.

Peering inside while fighting persistent reflections to see the displayed handbags and shoes.

Around back, it looks like folks are starting a trend of adding padlocks to the fence. Much like the “love-locks” that are found on bridges in Europe. 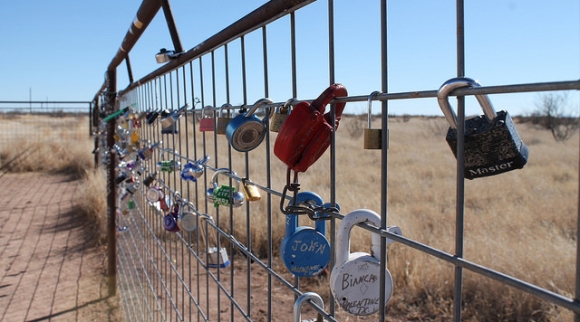 Prada Marfa isn’t the only oddity to pop up in this area. Further down the road is an installation called, Target Marathon just outside of Marathon, TX. As this was close to 100 miles south, I chose to save this for another time. 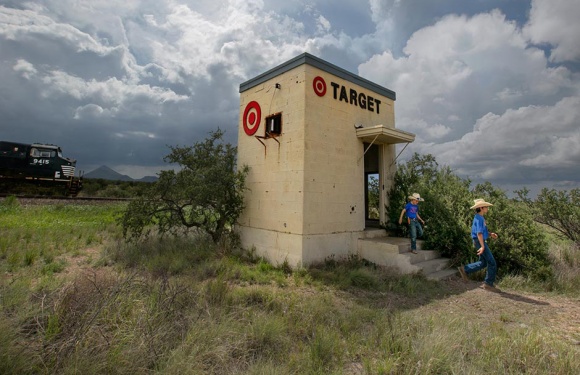 Another oddity, there used to be a 40-foot-tall neon playboy bunny at or near the Prada location. It had to be taken down due to TxDOT regulations and legal issues, but that would have been quite a treat to see back then! 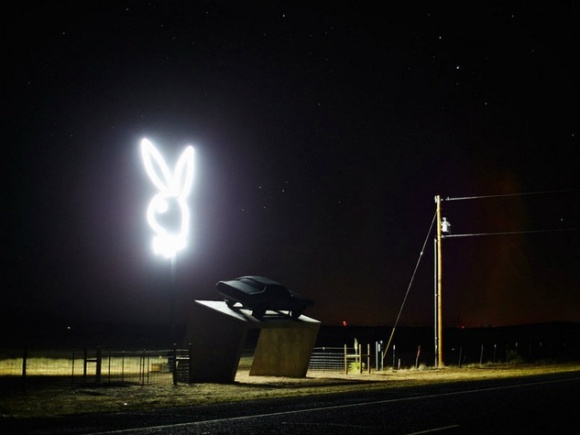 Mission was accomplished with Prada, but since I was this close to Marfa, I had to go the extra 40 miles to see it. Marfa is the county seat of Presidio County and has a population of just 1,981 (2010 Census). It’s a fun and wacky town and is observed as a center of minimalist art. The biggest attractions are Building 98, the Chinati Foundation, and every conspiracy theorist’s favorite, the Marfa lights.

Stopping by the Chinati Foundation to view some contemporary art. 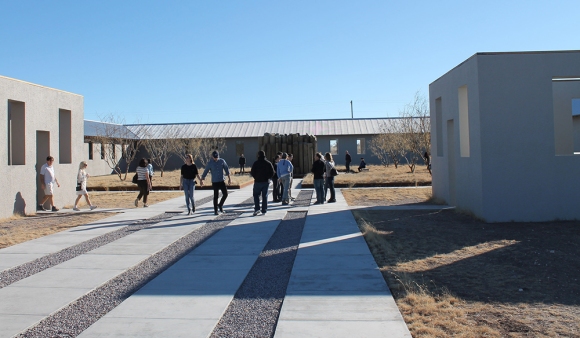 To finish off my visit, I made one last stop for lunch at Mando’s Restaurant and Bar.

I ordered the “Combo #3” which had a fried chile renello, beef taco and three enchiladas. This was the first plate I received, and I was too distracted on my phone to realize this wasn’t the entire meal.

After I scarfed down this plate, I was about ready to leave when they presented the second portion. I didn’t realize they served in different plates. Now, that’s what I’m talking about!

Heading home, I stopped to take a few evening shots of the 6. 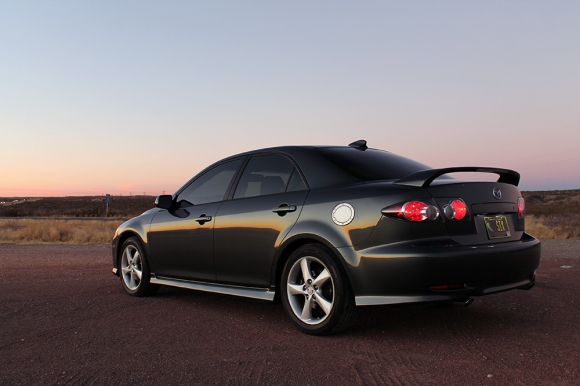 While fueling at the end of the trip, I spotted something you don’t see very often in the States…A Peugeot! I had to look it up and this was called a “Partner Tepee”. One of the perks of living so close to the Mexican border is you see quite a few cool cars not sold here. 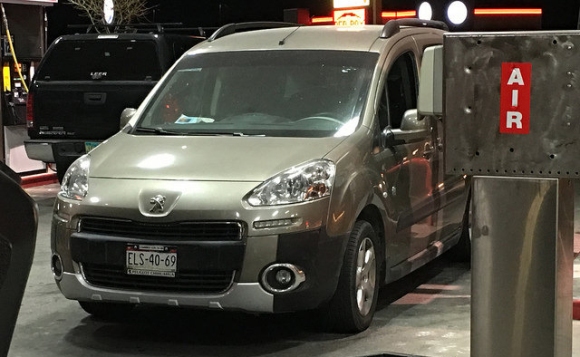 I made it home safe and sound despite pushing my luck with the 6. I have an oem clutch pedal assembly and radiator fan module ordered, but I was told it would be several weeks to get as they are a special order. Ah, the joys of owning a lower production, well worn 14 year old car. Someday soon though, the “s” will be fixed up good as new. Stay safe out there, friends and enjoy 2018!